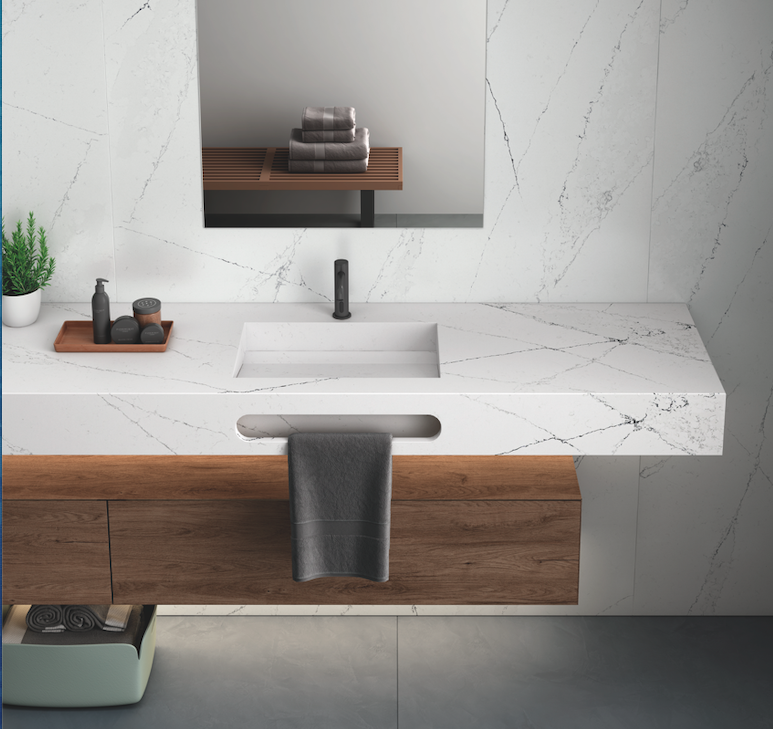 Silestone by Cosentino, the world’s leading hybrid mineral surface for architecture and design, is launching its second series worldwide under its new corporate image. The new Silestone emblem and character has given rise to the Ethereal collection, which also comes with a major campaign featuring entrepreneur and international fashion icon, Cindy Crawford.

Ethereal by Silestone represents a quantum leap in terms of design, innovation and sustainability, in line with the transition that the Silestone brand name is undergoing externally and internally with the development of the cutting-edge HybriQ technology. This evolution of Silestone leads to a series of patterns over a white canvas designed to become a best-seller in interior design, and which are the main reason for the title of Cindy Crawford’s campaign with Silestone Ethereal, ‘Metamorphosis’.

This marble-inspired collection consists of four colours, namely Ethereal Dusk, Ethereal Haze, Ethereal Glow, and Ethereal Noctis, which recreate the dream-like beauty of the sky. The designs offer a deep, fine veining on a white foundation.

Ethereal Dusk showcases an urban look in which the bluish tone of its veining brings a modern and avant-garde touch to the space. It symbolises a unique, unforgettable and personal sunrise, in which peace, solemnity, and tranquillity are seen on the horizon in the last moments of darkness.

Ethereal Haze includes a dynamic range of grey tones to emit plenty of personality. This colour conveys both calm and character thanks to an interplay of gradients which blend into pure neutrality. Ethereal Haze takes us to an imaginary world where the wind moves the clouds over the mountains, creating an optical illusion of tranquillity and fluffiness.

Ethereal Glow is simply pure, classic elegance. Its golden and grey veining merges with a tinged white foundation, running through the entire design and bringing an accent of colour to every corner. It is inspired by the sunset and its igneous colours and glow, a vision from which you cannot look away. It is an evolution of our internationally acclaimed Silestone Eternal Calacatta Gold colour.

Ethereal Noctis is synonymous with sophistication. The tinged white foundation is broken up with short grey and black veins, providing contrast, depth, simplicity and modernity. It is inspired by the darkness after sunset, making us feel life with a strange halo of unreality.

Silestone Ethereal & HybriQ+
Silestone Ethereal is the result of HybriQ+, the exclusive and pioneering technology developed for Silestone by Cosentino. HybriQ+, launched in 2020, is a qualitative leap in the evolution of the brand. It is a new production process characterised by the company’s commitment to the environment, the circular economy and sustainable management. With HybriQ+, in addition to Cosentino’s environmental milestones, such as the use of 99% recycled water and 100% renewable electric energy in the production process, at least 20% of recycled raw materials are used in the manufacture of Silestone.

Posting....
x
Login in or create account
Or
احصل على استشارة مجانية ? تواصل معنا
Start a Conversation
Hi! Click one of our member below to chat on Whatsapp
The team typically replies in a few minutes.
Customer Support